That's what it felt like while making soap this week. Putting it off until the very last minute, I figured if I didn't get cracking, those hotly fantasised about soaps won't be ready to give as gifts in just a few short weeks time. Needing a good 6+ weeks to cure, the time for soapmaking was now. This was the moment!

Are you in? Are you making soaps to give as handmade gifts this year? Are you boarding the train with me before it pulls out of the station? I'm seated and comfy now..there's a good view to be had out of the hazy window...I think I even recognise a few fellow passengers already on board!

Cleaning out the sewing room recently, I came across a good stash of homegrown calendula petals from last year that were dried and ready to go. Ah, yes, calendula soap. I had wanted to have a crack at this for quite some time and my memory had been jogged after chatting soap and calendula with a vegie groupie just last week. Calendula is well known for it's skin soothing properties and as an added bonus, the petals actually keep their colour during the saponification process, when the lye and oils mix together to form 'soap'. I just had to give it a go..

(**This is not a detailed tutorial for making soap. Certain safety precautions need to be observed when making soap at home which I haven't covered here. See Rhonda's cold pressed soap recipe if starting out with handmade soaps for the first time.**) 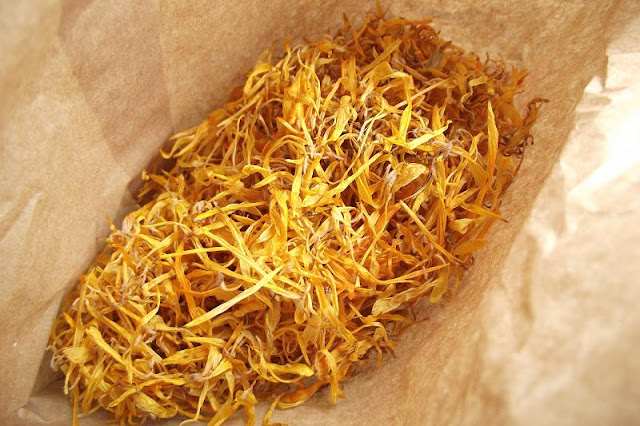 The dried petals were infused in rice bran oil in my vintage crock pot, set aside for just such purposes. It has the mildest heat on 'low'! The oil and petals were left to do their thing for close to two hours.. 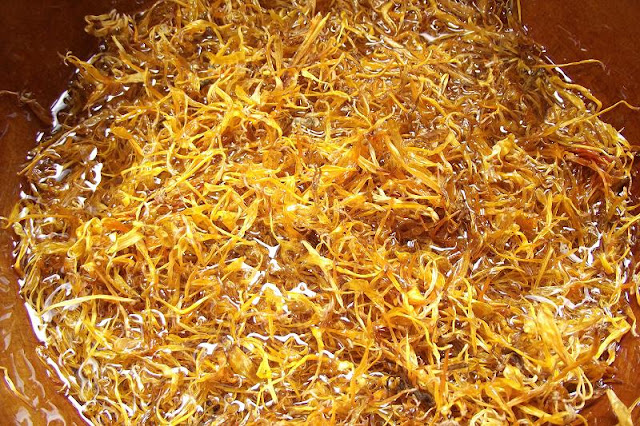 ..after such time the oil was strained and added to the oil pot. The heat of the calendula infused oil melted the already soft coconut oil and then the olive oil was added. 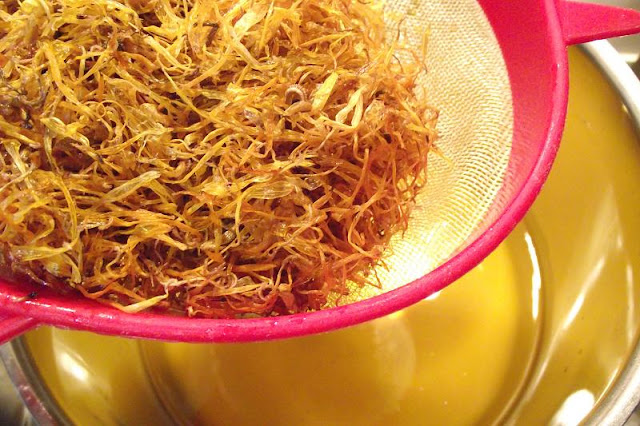 My trusty soapmaking stick blender was called back into action. It's such a time saving device, I would only go back to using a free standing set of beaters while soapmaking under sufferance! 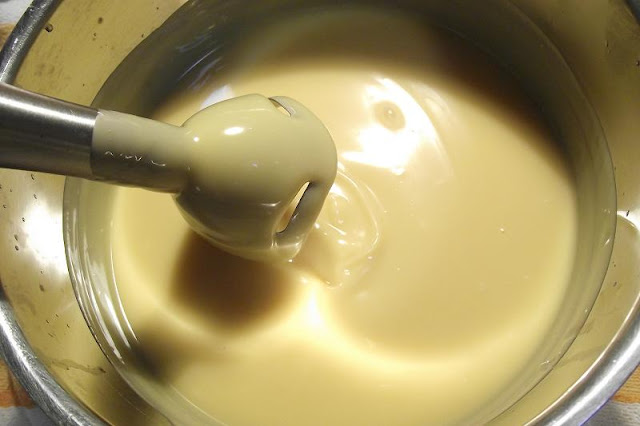 More dried petals were pulled out of the bag and whizzed to a fine, crumbly mix in the coffee grinder. 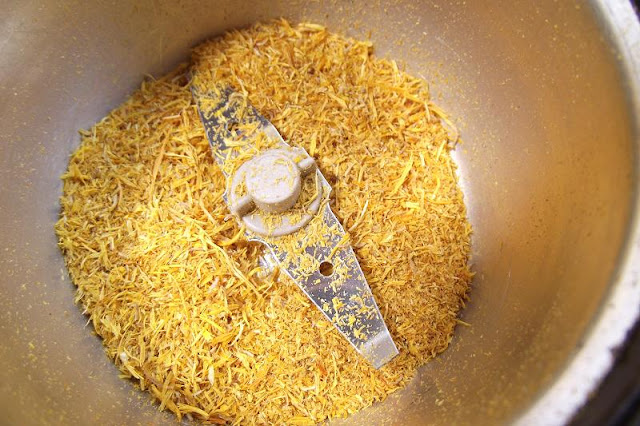 These were added at a thin trace. The mixture continued to be whizzed and stirred alternately until it reached as thick a trace as I was game to bring it to... 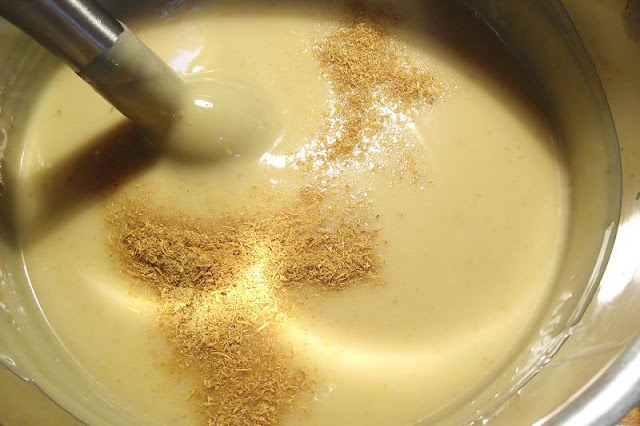 ..and it was then poured into the prepared mould. A plastic container, greased and lined with baking paper.
Some extra whole petals were scattered across the surface and the lid was clamped down to seal the warming mass.. 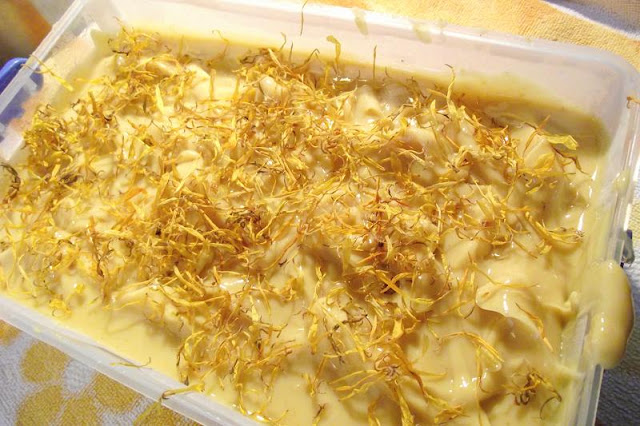 Wrapped tightly in a thick towel, it is left undisturbed for a day or two. 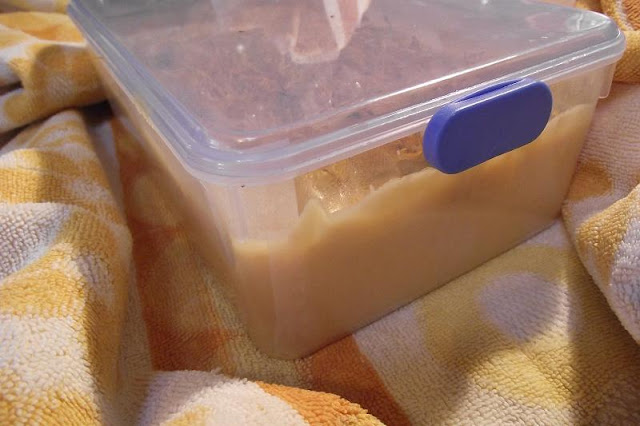 Me too! We'll just have to wait and see how it turned out...

16g dried calendula petals to infuse into oil plus extra for scattering.