Hello nice people! I hope you have had a good weekend :)

Over here I've been busy in the garden. I've been thinking a lot lately about food security and what I can do to improve our own situation. It is one thing to grow a few veggies out the back and say your 'doing your bit' but quite another to embrace the goal wholeheartedly and look at it from a more serious angle.

We (as in our family) could do more. A lot more. We have the space and I have the time, health and energy to put into such a plan. I like the idea of being reliant upon ourselves for as much as possible, knowing at the end of each day we are living and eating the best way we can - both for ourselves and the planet.

Our garden became quite neglected last year due to a number of reasons but I now feel ready to jump back in and focus on growing our own as much as possible.

With that thought in mind, I've been tending the sad looking veggie patch near the chook pen. The beds were never edged properly and as a result the soil would always wash away in the rain and it was just generally hard to look after. While nothing fancy, I've spent the last couple of days rigging up a semi-permanent bedding system that will hopefully allow the chooks to free range in this part of the garden from time to time, weeding and keeping the grass down between the beds while the crops actually have a chance to grow! 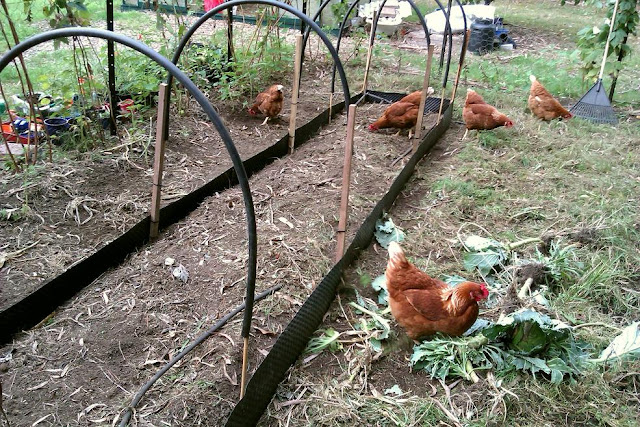 Did I say they love it in here? Such room for them to move. I do love seeing an excited hen sprint to her companions in the hope of finding a bug!!

The beds are edged in a flexible plastic, secured with cable ties to tomato stakes, bamboo canes and pegs. The 'hoops' are made from poly pipe that I had bought from the tip shop ages ago. Cable ties again came to the rescue. All up, each bed took around 2 hours for me to assemble.

Then looking around the edges of the little plot, I do confess to going a little hoopy loopy on the raspberry canes.

They were so straggly and jungly that I was glad to hoop them into place... 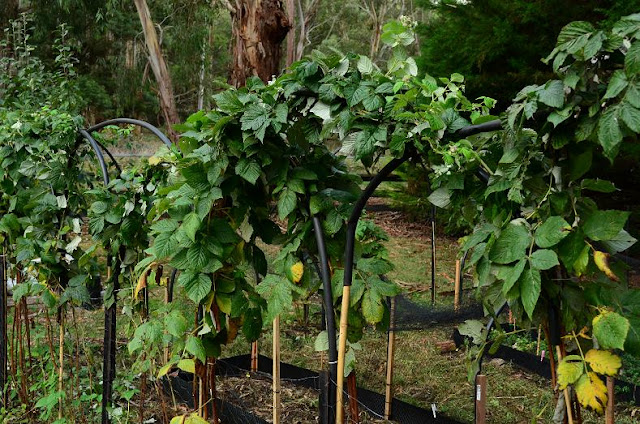 ..and another packet of cable ties opened ahem.

An experiment in one of the beds - growing potatoes over winter: 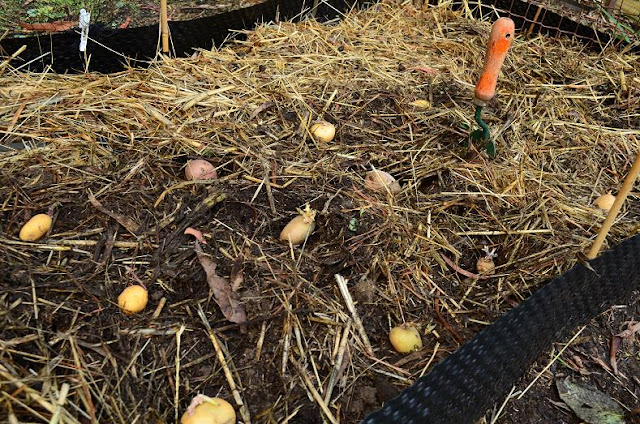 Have you tried this before? I'm interested to see how they'll go as last winter we kept getting volunteers shooting out of the ground. As our property misses out on the majority of frosts I'm willing to give it a go..


It was a relief to have the netting in place (at last!). 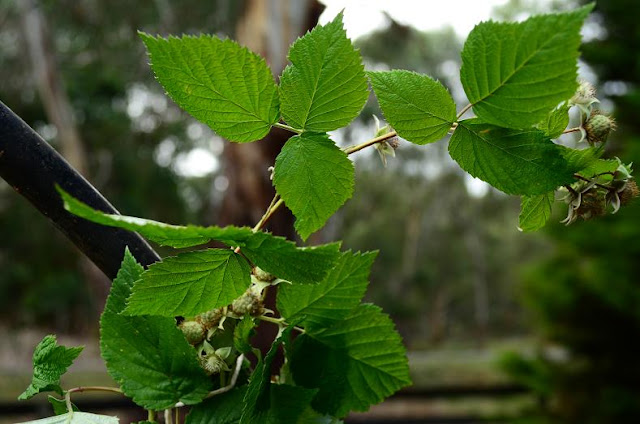 Just outside the little plot, blueberries are announcing that it is well and truly Autumn! 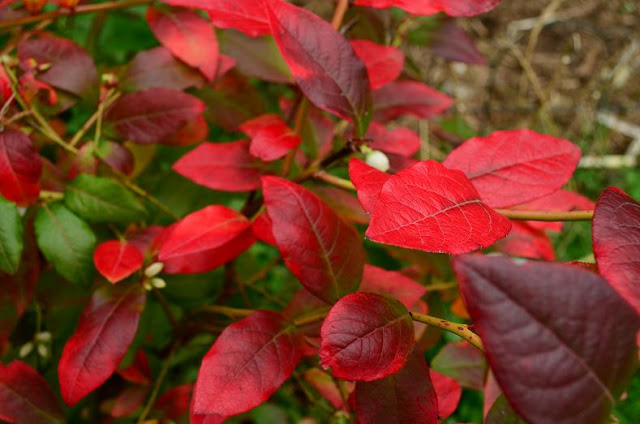 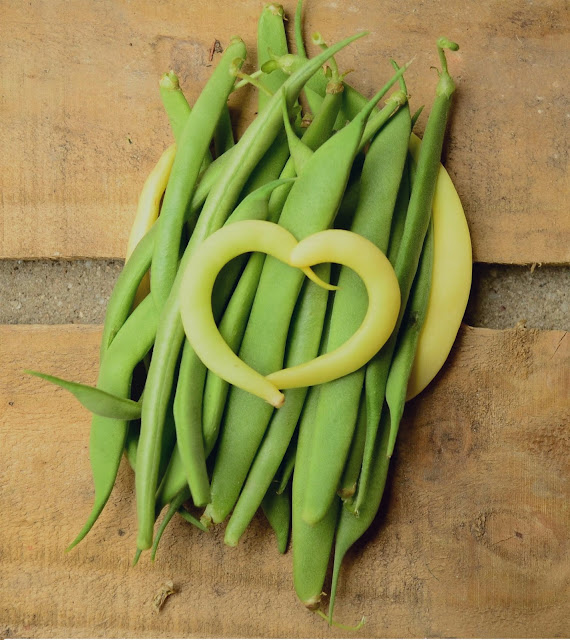 Do you have any thoughts on this or ways to achieve your goals?
at April 22, 2012