A few pictures of what's been occupying my mind lately..

Four kilos of homegrown tomatoes from a fellow gardener, what to do with them? 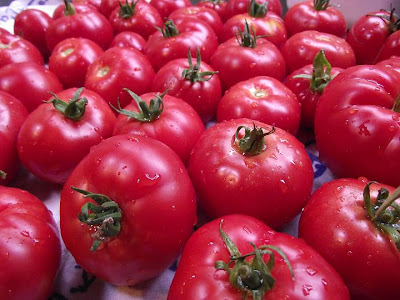 What to do....?
The 11yo has started a roadside stand with her (my??) homegrown plants and today we placed some eggs out the front..they were gone in half an hour!! Her second customer has just driven away as I type.. 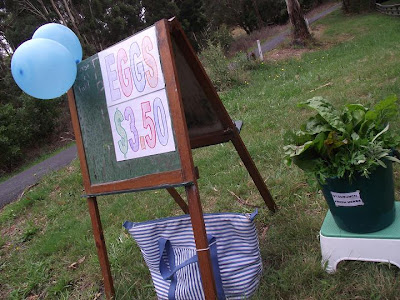 Along with a bunch of fresh herbs and a strawberry plant and some more eggs (plus a tip! Who leaves a tip for eggs??), she has made herself $11.00 pocket money today! As you can imagine, she was positively beside herself with excitement!!


Would you believe that one of the ducks below is from the eggs that were hatched late last year? 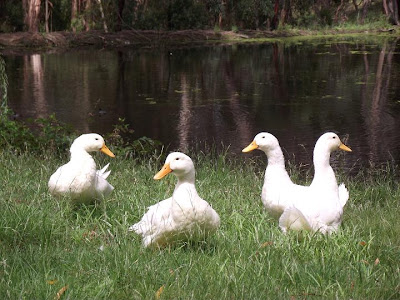 It's so hard to tell the new one apart..I really struggle now!
A tunic top for the 9yo - very quick to put together (a little on the wrinkly side as it just came out of the wash). 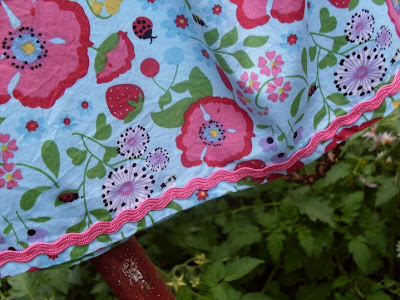 There is a bit of a ric-rac theme happening here lately...I confess to becoming addicted.
I've pulled out the knitting needles this week and started work on a 'Man Vest', but it's for no man...nope this one's for me! This is the first time I've tried changing colours while knitting...I had always put it off thinking it was too complicated but it's actually really easy - just carry the different coloured yarns loosely up the sides..that's it!! See, easy! It's a good one to knit while watching telly in the evenings because I don't have to really look at what I'm doing. 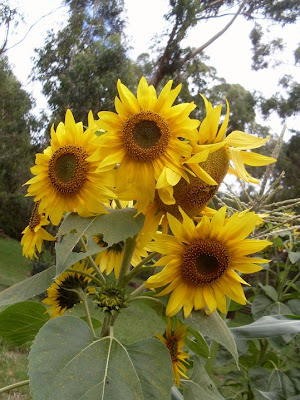